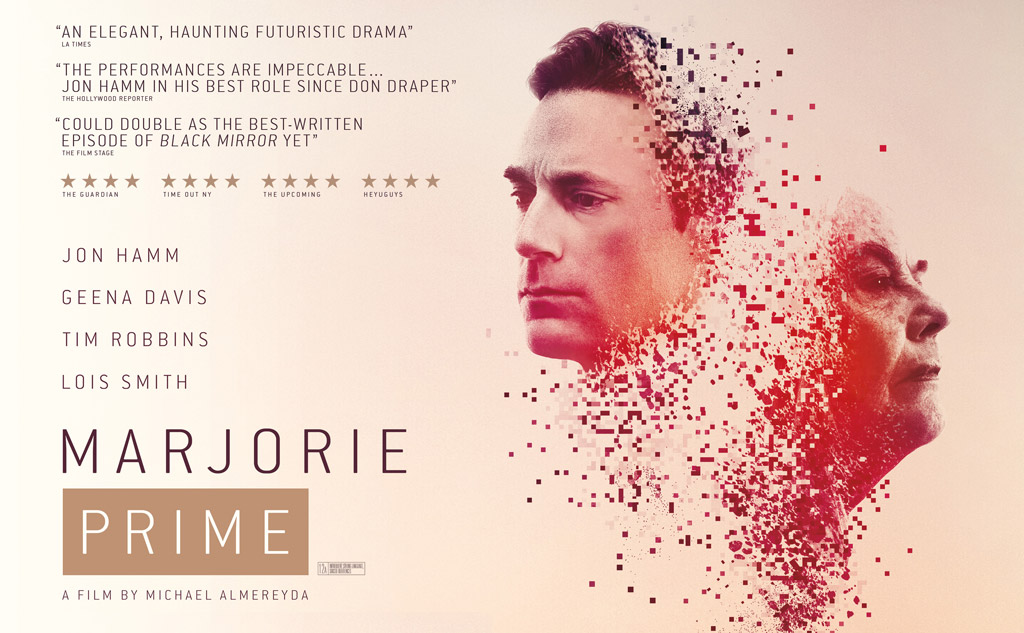 We’re so proud that our film ‘Marjorie Prime’ was listed 4th of “the best films of the year” by distinguished men’s magazine Esquire.

Writer Nick Schager labels the futuristic drama “the year’s most moving film” and goes on to state “It’s a superb, subtle portrait of conscious and unconscious (self-) deception, perpetrated so we might grapple with the pain, disappointment and tragedy of existence—and how, as a result, we create a dialogue that gives birth to a living, breathing new future.”

‘Marjorie Prime’ is set in the near future, a time of artificial intelligence: where 86-year-old Marjorie (Lois Smith –‘ East Of Eden’) – a jumble of disparate, fading memories – has a handsome new companion (Jon Hamm – ‘Mad Men’) that looks exactly like her deceased husband Walter. This is a Prime, a holographic simulation programmed by Marjorie’s daughter (Geena Davis – ‘Thelma & Louise’) and her husband Jon (Tim Robbins – ‘The Shawshank Redemption’) to feed the story of her life back to her. But as their interactions develop it becomes clear that each of them has a very complex relationship with their shared histories, with each other, and with this new technology they’ve invited into their home.

Based on Jordan Harrison’s Pulitzer-nominated play, ‘Marjorie Prime’ is an exquisite exploration of memory and identity featuring stellar performances from its all-star cast.

It is now available to rent/buy on Amazon and iTunes.