‘The Killings of Tony Blair’ documentary in cinemas this month 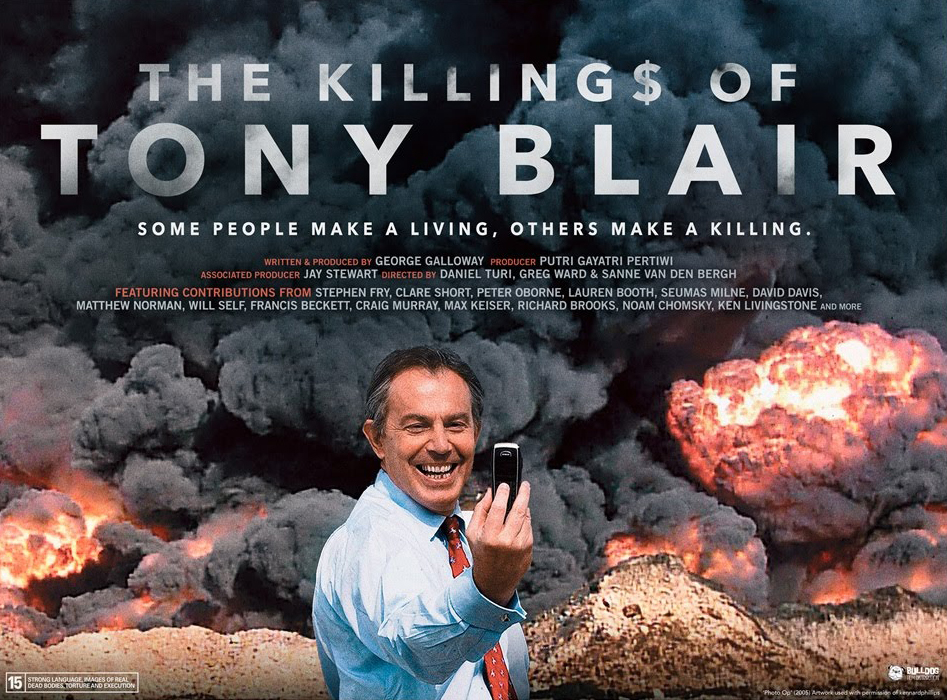 Following on from the Chilcot report comes the controversial documentary film by George Galloway about our former prime minister, Tony Blair.

“…fascinating and well put together, Galloway draws on an impressive cast of
journalists and politicians”
– Mail On Sunday

To date, this is the most successful crowd-funded film in the UK with over 5,000 backers. Authored and produced by George Galloway, an MP for over 26 years.

The film examines Tony Blair’s political career, lifting the lid on his exploits since leaving office.

Combining expert testimony from prominent observers, ambassadors and statesmen, with extensive archive footage, animation and illustrations from the award winning political cartoonist Steve Bell, it is not just a compelling film but an important questioning of one of the modern age’s most influential personalities.

“An entertaining ramble through well-publicised allegations and a slick run down
the rap sheet for those who need a reminder of Tony’s avarice.”
– The Guardian

The film will  be release in cinemas from 27th July and will be available on DVD and Digital HD from the 15th August 2016.